The second quarter of 2018 ushered in a trial defeat for the US Department of Justice (DOJ) and the beginning of a new era at the Federal Trade Commission (FTC). In June, Judge Richard J. Leon of the US District Court for the District of Columbia denied the DOJ’s requested injunction of the AT&T/Time Warner acquisition. The case marked the first litigated vertical challenge by the Antitrust Division in nearly 40 years. DOJ filed a notice of appeal of the district court’s decision. At the FTC, four new commissioners were sworn in in May, with a fifth to join upon the approval of current commissioner Maureen Ohlhausen to the US Court of Federal Claims. With the transition nearly complete, new FTC Chairman Joseph Simons announced plans to re-examine and modernize the FTC’s approach to competition and consumer protection laws, possibly charting a new course for FTC antitrust enforcement.

In this quarter, we saw two significant developments concerning the issue of gun-jumping. First, the Court of Justice of the European Union (CJEU) clarified the scope of the gun-jumping prohibition, ruling that a gun-jumping act can only be regarded as the implementation of a merger if it contributes to a change in control over the target. Second, the European Commission (EC) imposed a €124.5 million fine on Altice for having breached the notification and the standstill obligations enshrined in the EUMR by gun-jumping. The EC also issued two clearance decisions following Phase II investigations in the area of information service activities and the manufacture of basic metals. 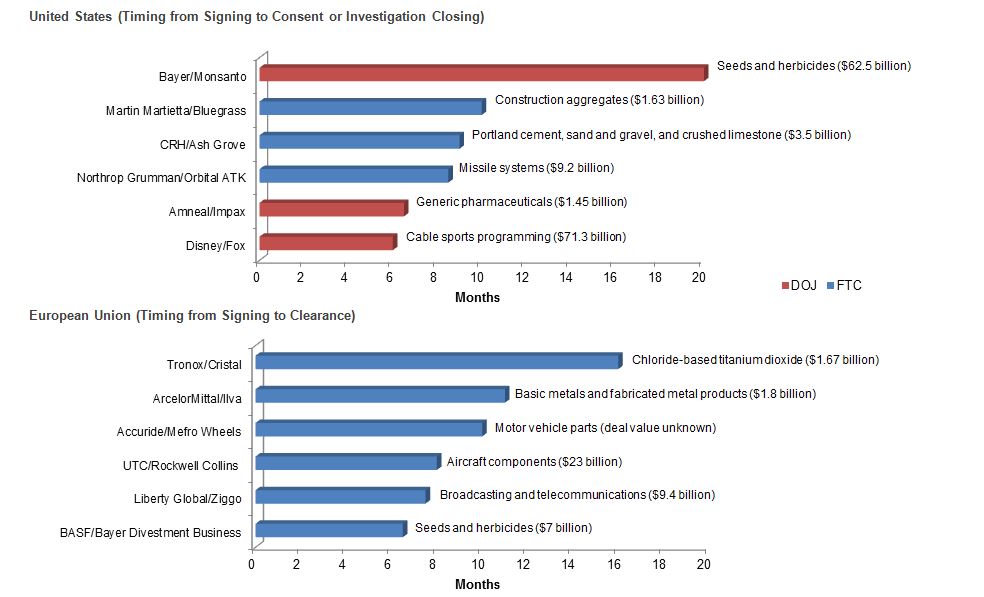 Jon B. Dubrow
Jon B. Dubrow assists clients across a host of inter-related antitrust issues, including mergers and acquisitions (M&A) transactions / merger clearance, counseling and litigation. Jon leads the defense of mergers, acquisitions and joint ventures before the Department of Justice, the Federal Trade Commission and foreign competition authorities. He also regularly assists third parties whose interests are adversely affected by proposed transactions. Jon also is experienced in antitrust litigation. He provides counseling on distribution issues, contracting arrangements and a wide variety of other competition-related matters. Read Jon Dubrow's full bio.